A big thank you to all our volunteers for the United Way Day of Caring on the WHT on Oct. 8, 2020! Lots of staining was done by all, and the trail looks great because of all the hard work!

Thank you Karen for all your dedication and hard work making these historical markers a reality. Today six were installed and eleven more will be installed in the near future. It’s WHT volunteers that make it happen and thanks to the grant received from The Pittsburgh Foundation …. 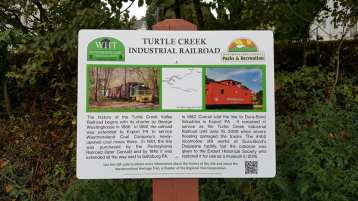 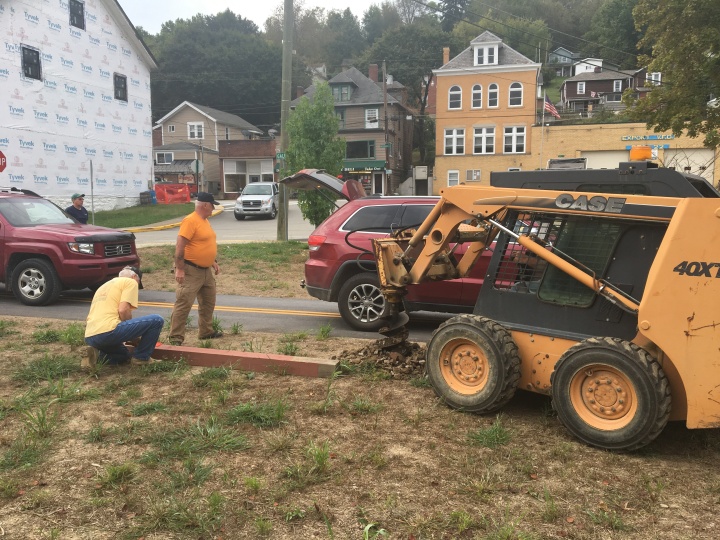 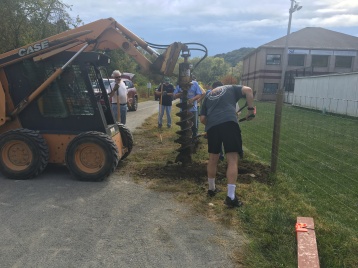 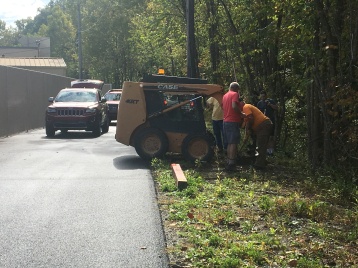 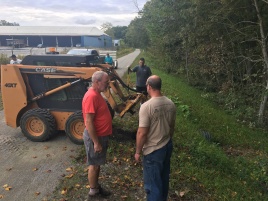 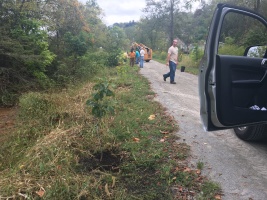 Murrysville to Export mile markers are officially installed! Members of the board and volunteers worked on Monday, September 23 to install mile posts, historical sign posts, benches, and tree plantings. What a day! Below are a few pictures from the day. Thank you to everyone who was involved!

Our mile markers are officially installed! Members of the board and volunteers worked through the heat on Tuesday, August 28 to install the posts. Below are a few pictures from the day. Thank you to everyone who was involved! 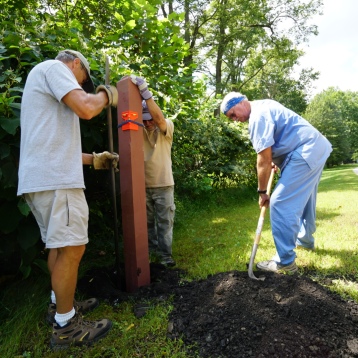 Phase IV of the trail is slowly but surely progressing! Here are some volunteers helping to finish the recently completed bridge located near Marlee Acres and just west of Haymaker Farm Road. It was completely 5/26/18.

Some winter pictures from along the trail. You never know what nature will surprise you with! 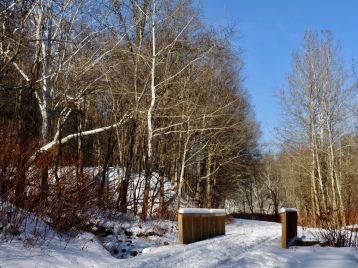 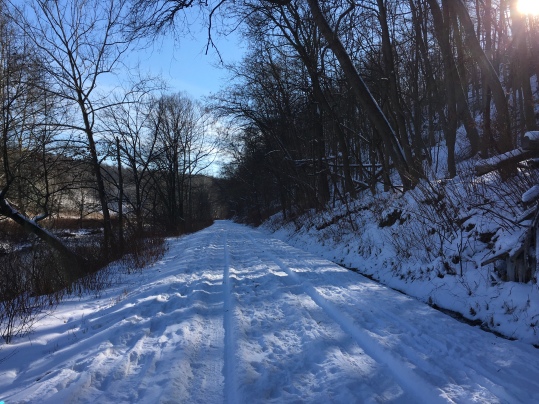 Pictures from the Grand Opening Ceremony for the Murrysville to Trafford section: 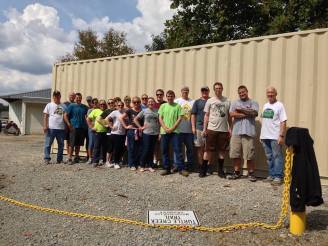 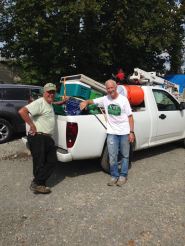 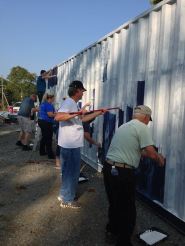 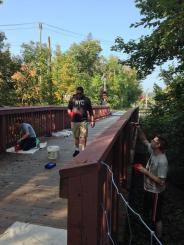 Preparing for the grand opening.

Cleaning up a fallen tree across the trail. 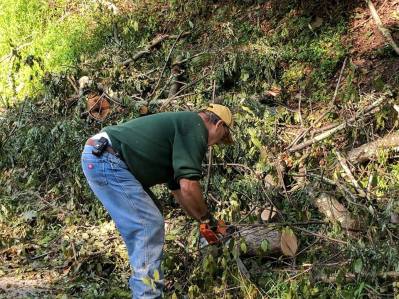 Before and after photos of Turtle Creek’s bank along sections of the trail where the Westmoreland Conservation District completed a streambank stabilization project to benefit both the integrity of the trail and water quality of the creek.

Before: severe bank erosion along Turtle Creek and the trail 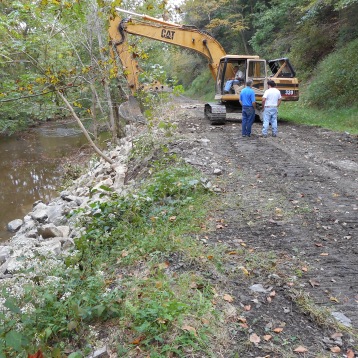 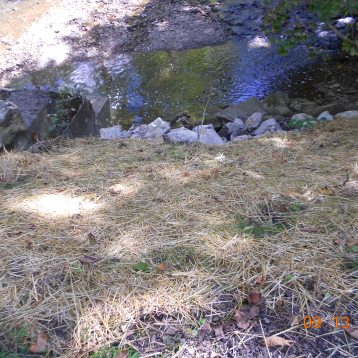 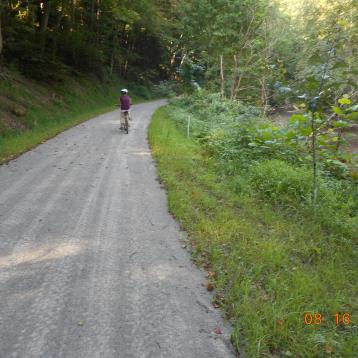 These are pictures from 2013 and 2015 found on the blog coalandcoke.blogspot.com of the Murrysville to Trafford section of the trail before its completion into the new section of the Heritage Trail. See if you can find any of these before pictures’ locations on your next ride on the trail!

2013: The old bridge at Trafford Road in Murrysville.

2013: Coming into Murrysville. The “Whistle” sign before the Trafford Road crossing.

2013: The turnpike tunnel that takes the trail under the turnpike.

2013: The bridge after Saunders Station. 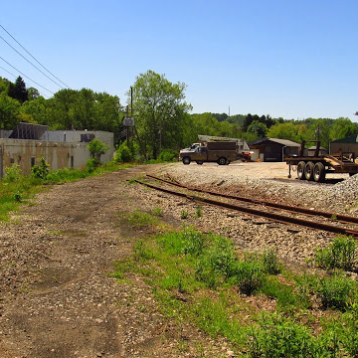 2015: The bridge before Trafford Road. This bridge (deck) is in horrible shape. 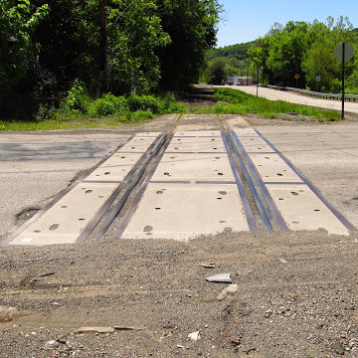 2015: No more tracks at the Meadowbrook Road crossing.

2015: The turnpike bridge with the tunnel in the distance.

2015: The crossing at Saunders Station Road still has tracks.

2015: The bridge after Saunders Station. 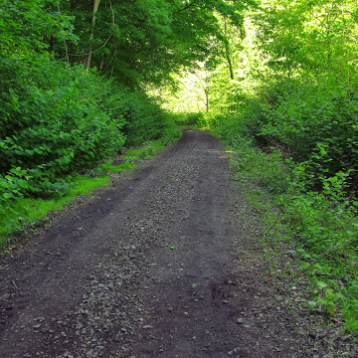 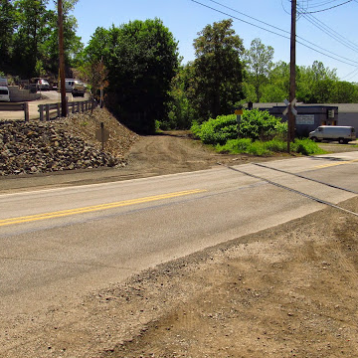 Model oil derick built by the boy scouts at the Haymaker Well site. 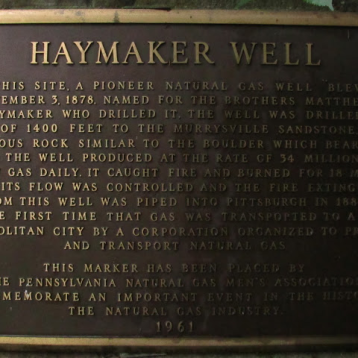 The Haymaker Gas Well marker. The reason the rail line was built.

Check out our Facebook page for updates, events, and more!

Check out our Facebook page for updates, events, and more!

See our latest tweets below!